Hello again!
Wow, the updates have really been few and far between this year. I've been drawing pretty much non-stop it feels like, but there doesn't seem to be much I can show! I did just finish a personal pic though, so here's that: 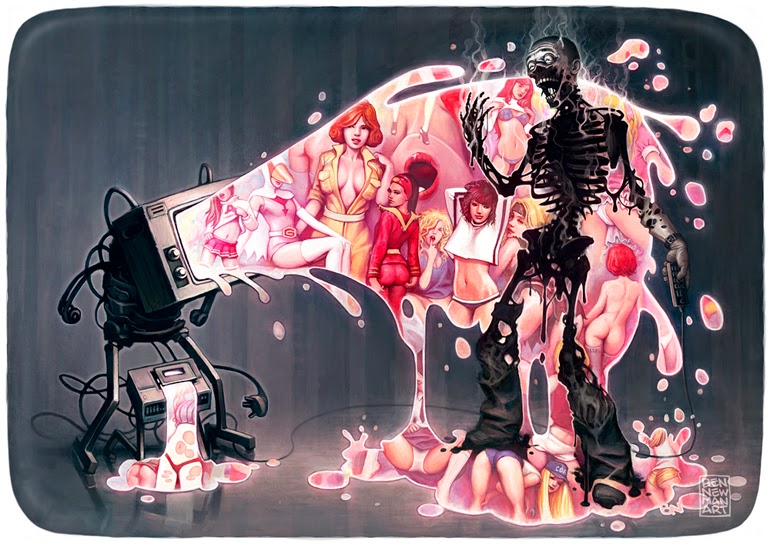 Anyone who follows this blog regularly will probably have picked up on the fact that I'm a big film nerd; sometimes I feel like all the films I've watched, particularly when I was younger, have seeped into my mind and re-wired the way I see things. And as I'm a big perv, one of the biggest things to make an impression on me was all the sexy women in films! There are a few film and TV references in this, but there are also a few entirely made up girls that I based more on a character types than on specific roles; so don't break your brain trying to identify them all. 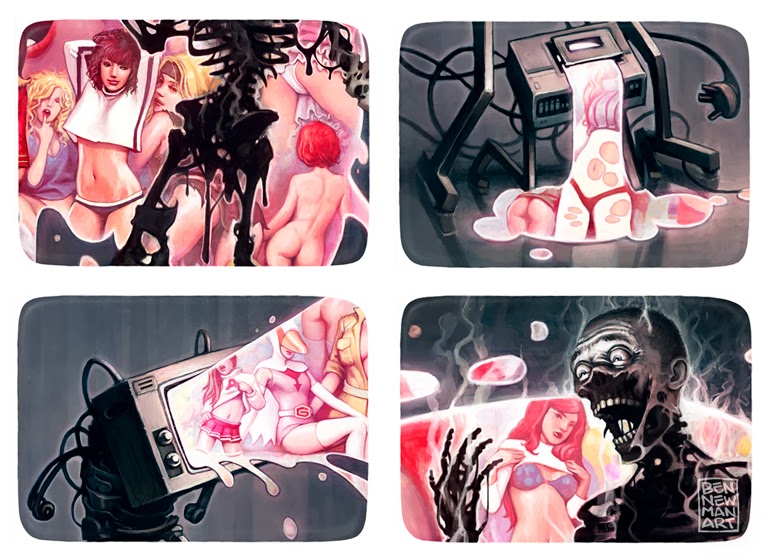 like the battle of the planets ref in there - remember it fondly.

Maybe not *quite* as fondly as yourself, but still...

What type of printer was this do you know? Very interested to find out! brilliant model!

Seems like indiaartfair has never seen a VHS-casette player before.