I recently found out about Timesplitters Rewind, a project where a small group of fans are remaking Timesplitters from scratch but doing it all new and hi-tech! They contacted me to see if I had any old concept stuff floating around that might be any use to them. Unfortunately most of the concept art I did for TS was for my own reference, and probably not a whole lot of use to anyone else.
I always saw the 3d models as the final stage of the characters, and any concepts I did were just a step along the route to realising those characters. Which is basically a long-winded way of saying the concept art is too crappy/sketchy for me to show! Because it was just for my own use I used a lot of visual shorthand and often would just write notes to remind myself of things I wanted to do rather than actually drawing it. The final textured models however I'm pretty proud of, so here are all the renders (only a tiny fraction of all the TS characters though!) I still have floating around on various hard-drives. Some of these I've put up before, so sorry for any duplication. Most of these were done solely by me, but there are couple in this lot that were worked on by other artists (Jake Gumbleton and Nick Carver I think).
The work the guys at Timesplitters Rewind have done so far looks really good, so if that's your bag head over there and take a look. 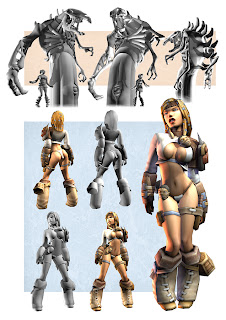 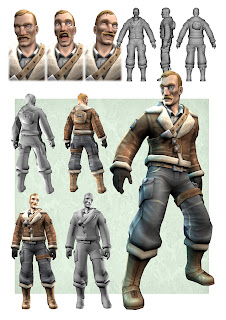 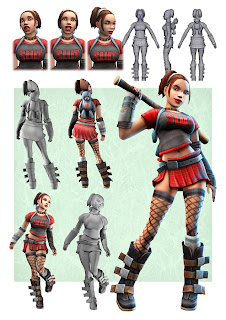 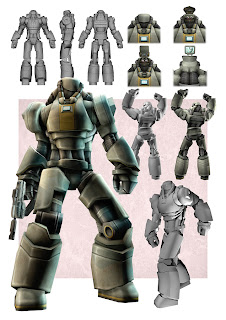 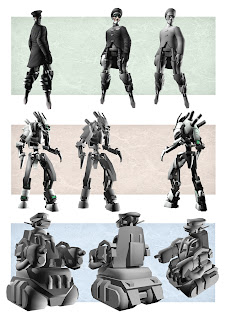 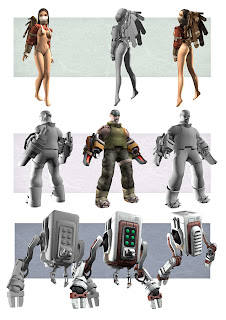 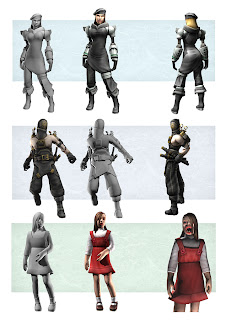 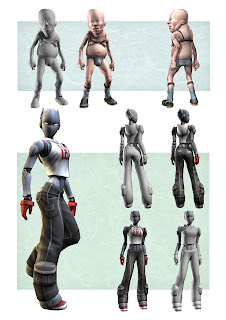 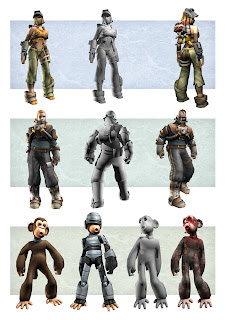 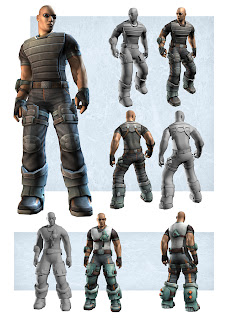 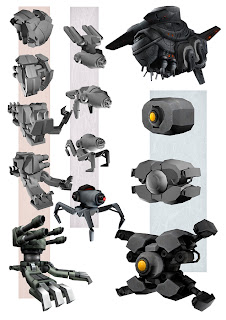 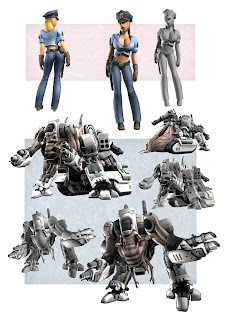 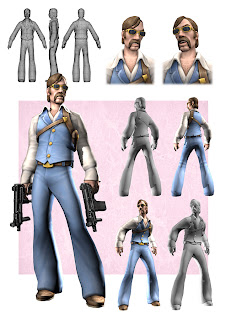 Ah the memories!! Man I miss doing this stuff ! TS was such a wicked opportunity to just make awesome fun stuff. Robots one week, nuns the next with monkeys in between!
You were the man mr Ben :)
Hans still scars my mind!

Timesplitters was so awesome. Games these days seem po-faced in comparison...

These are really great, thanks for doing this!

If you have any artwork you could share too, the team would really appreciate it.

I think I was spoilt working on Timesplitters for my first game! Like Jake says, it was a different character every week and always something fun and out there. No game, particularly in today's sterile AAA market, has the same eclecticism and sense of fun that Timesplitters had. I'd love to work on another one some day... Here's hoping, eh?

Ha dang, nobody ever posts about Mischief The Clown or Hank Nova! The magazine ad for the second game with a group-shot of those 2 with the Aztec golem and some other characters are what got my attention to try this series, and I've stayed for a ton of other good reasons. The multiplayer lan parties were some huge beasts, the OST was insane (Planet X!), and the campaign was actually engaging unlike Battlecall: Field of Duty. It's criminal the XB360 & PS3 gen didn't see a fourth game of this series!

I've always loved these characters and their designs!!! thanks for posting!!!

The character work on time splitters has to be some of the best in game history. Other games go down the ever more realistic route, but why?

I'd love to play a tomb raider designed by you

Ben Newman..
You're really good ! TimeSplitters was and still is the best game .. I got boring of these games now, I returned on PS2 since 3 years to replay TS but the things I miss the most is TSFP Online ! it was the best experience Online I ever played !! Thanks a lot all FRD members...