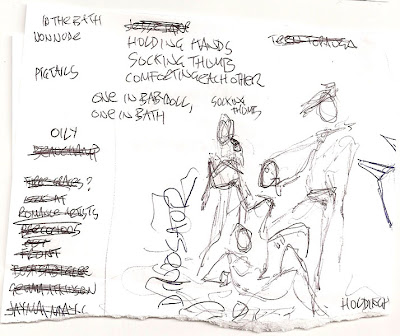 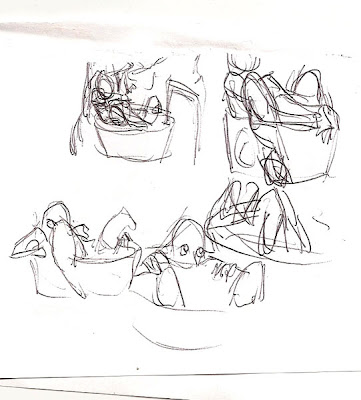 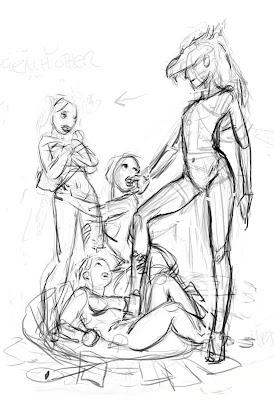 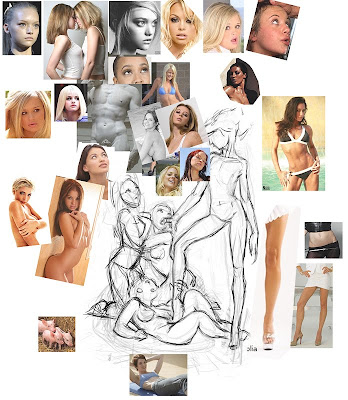 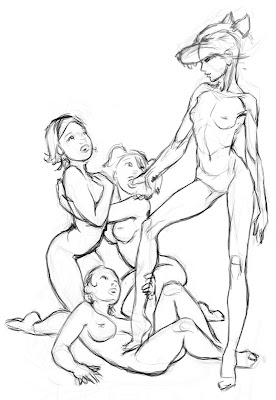 Love it so far can't wait for some more!!

Is the background gonna be like a bomb-hit living room? Nighttime sky? or Daytime forest?

It is fascinating to read about your process. Look forward to reading more.

really nice to see some process....I'll study this again later when I have some more time...but for now I just wanted to thumbs up...

Great to see you explaining some of your magic mate. Looking forward to seeing how this one turns out. The Rafael-esque quality of the piggies is very promising.

You want to play again soon? Be ace to see you. I was thinking of trying to pick a date and have a bit of a character artist reunion, get everyone together for a weekend.
maybe end of July time?

You have been turning out some ace work over the last year or so. Really slick stuff.

awww, cheers you guys!
MIKE: you'll just have to wait and see!
CAKEY: yeah, I'm def. up for a meet up. I'm booked up till at least august though :(

is that Gauge I see top right corner of your reference page?
You can't go far wrong there.

Wonderful to see the thought and work process Ben

First of all, thanks for putting this up here. It's great to see your thought doodles and notes. There are plenty of egotistical artists out there that would never show those things.

That's nice, i really liked it. I like the idea of getting the idea :D . "three little pigs? hmm...fuck yeah let's do it" But what would happen if you were to do something deeply in culture or tradition, like koi fish or smth ? Would you also augment the idea as to add "unmatching" touch to it, like...dunno...steampunk maybe? I already know your works are quite surrealistic, and your feeling of curved perspective is great, but i'm just wondering what would happen if you were to mix completely different things...pickled cucumbers and vanilla ice maybe :D
Hope it was some food for thought, keep on your good work. Cheers

Wanna thank you for sharing your process in this and next posts. When you ain't got where to study or training or any other way to access this 'know how' stuff you really appreciate this kind of iniciative. Sorry my english. Saludos y gracias.

Thanks Charles; I'll get round to finishing this picture/tutorial at some point I promise!